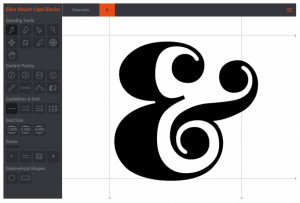 There are a few great options for font creators out there. FontForge and FontLab both support all operating systems, including Windows and Mac OS X. Glyphs is a Mac app store option that has a slightly different interface but all the features you need to create fonts. Read more to get information on Font Creation Software.

Glyphs do not support Windows machines, so it may be better suited for more adventurous Mac users. There are also other font creation software programs that can help you make your own fonts, but we’ll talk about some of the most popular ones.

It is open-source and runs on Mac, Windows, and Linux. The program supports multiple font formats and has been translated into several languages. It can import and export the most popular formats, and it also has built-in conversion capabilities. In addition, it can store fonts in a native format called spline font database files (.sfd) files, and users can even convert scanned vector graphics into glyphs.

The purpose of FontStruct is to make it easy for you to create your own unique fonts. The program allows you to build fonts by combining geometrical shapes, allowing you to make unique typefaces from scratch or import a template that was designed by someone else.

The user interface is straightforward and simple to navigate, but it gets more complex when you move into Expert Mode. There are more options here, such as brick compositing, outlines, zooming, and full-screen mode. FontStruct has many options to help you create unique fonts, including a large database of professional-looking typefaces.

If you’re concerned about the legalities involved with FontStructions, you can rest assured that the software will comply with copyleft guidelines. The software will automatically provide attribution in a small, sans-serif font depending on your system. The software can also give you the option to include an attribution line for free public-domain FontStructions. However, before using this font creation software, be sure to review the licensing terms of the font you use.

The BirdFont interface provides easy access to various tools for creating fonts. It lets you work on one font at a time, or use images for inspiration. The software offers an intuitive, tabbed interface and a toolbar that includes all the necessary tools for creating vector graphics. Hovering over tool buttons reveals the tool’s description. Once you’re finished with the design, you can export the font to TTF, OTF, EOT, or SVG.

TTFEdit is a free open-source font creation software application for Mac. The program consists of several commands. Using the ttf_edit command, you can create or modify a TrueType font. Several of these commands require the input of arguments or constant values. The table you create should rename to match the output file name. This way, you can avoid accidentally modifying existing font files.

TTFEdit can encode a font’s glyphs in ASCII or Unicode. To do this, you must first import the font file. This file must be a TrueType font, or it will fail to open. The encoding for your font must be correctly set. If you have a font with a glyph name, it is difficult to use TTFEdit. The ttf_edit command will fix this problem.

Both versions also offer a 30-day free trial. Once you have created a font, you can export it to various formats. If you plan on using the font for your own design, make sure to download the font-making software that lets you export it.